“I’ve Made More Money In Lockdown Than Ever Before” – Dr. John Demartini

“I’ve Made More Money In Lockdown Than Ever Before” – Dr. John Demartin Dr. John Demartini is an investor who buys profitable companies and in my recent interview with him I tried to understand his take on real estate and crypto investments. I’ve spoken to a lot of investors and I don’t think there’s one […]

The ‘Joe Lycett’s Got Your Back’ programme screened on Channel 4 made several allegations about Samuel Leeds and Property Investors. Samuel says the show was supposed to be funny and in parts was ‘so wrong it was hilarious.’ Here he explains why people should consider his side of the story before rushing to judgement. […]

Who is Patricia Bright? Patricia Bright is an incredible young woman who has taken the YouTube world by storm over the last decade. Having been a YouTuber for over 7 years (full time), she has excelled by inspiring females around the world to be the best versions of themselves. Patricia Bright was an investment banker […]

Lee Barber with MS refuses to allow his disability to hold him back!

Video games designer, Lee Barber, has what many people would regard as a glamorous job, working for a subsidiary of Warner Bros. on well-known titles such as the popular Lego Movie series. He is well paid and has the satisfaction of knowing that his creative skills are helping to entertain thousands of people around the world. But […]

A 26 year old Hemingford Grey woman came close to scooping a £20,000 prize in an Apprentice style property investing contest held in a 13th century castle. Hannah Mills fought off fierce competition from budding entrepreneurs from all over the country to reach the final of The Eviction, held at Caverswall Castle in Staffordshire. After […]

This November Samuel Leeds is going to be undertaking a Financial Freedom Challenge. This will entail him starting all over again with NOTHING, to prove that with the correct knowledge and mind-set, ANYBODY can become financially free through property investing. Ahead of the upcoming challenge, which starts in a week, Russell Leeds sat down with […]

You have all been waiting for an update so here it is! Samuel has been back to Ribbersford House in Bewdley to see how the renovation process has been coming along.   Ribbersford House  has an amazing history which includes the mansion being used to train Free French soldiers during World War ll , when […]

21 Years Old and Set For Life

In Samuel’s latest video he sits down to chat with 21 year old John Raybould who within months of joining the Property Investors academy is now financially free and set for life.   John starts by telling us a bit about his background and how he came across the Academy.   “I was in my […] 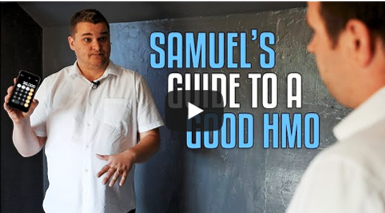 In this week’s video, we see Samuel Leeds meet Mark, a first-time investor, to visit his new HMO property located in Sheffield. It sees them discuss the good, the bad and the ugly when it comes to investing in HMO’s and the ultimate guide on why it is so important that you NEED to buy […]