BBC reports sparked wave of negative publicity but were they fair? I’ve recently been responding to various allegations which have been made about myself and Property Investors, both online and in the media. (See my previous videos and blogs). I have been asked several times since, however, to explain why I did not react to […]

How To Become Financially Free In 2020!

How To Become Financially Free In 2020! In this blog, I’m going to talk about how to become financially free in 2020! This works for even if you’re starting with little or no money. One of the strategies that people have been scared to use in the past few months that had brought them a […]

How to stay motivated and more!

Happy Saturday, fellow property investors! How do you stay motivated when you’re feeling down? What kinds of things pick your spirits up when you’re in a rut? Samuel sat down with Alasdair to discuss that among numerous other super interesting topics. If you want insight into the mind and life of a property pioneer, watch […]

Lee Barber with MS refuses to allow his disability to hold him back!

Video games designer, Lee Barber, has what many people would regard as a glamorous job, working for a subsidiary of Warner Bros. on well-known titles such as the popular Lego Movie series. He is well paid and has the satisfaction of knowing that his creative skills are helping to entertain thousands of people around the world. But […] 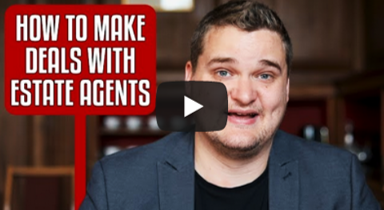 In this week’s video, Samuel Leeds explains to YOU how to get direct deals from estate agents. In particular, Rent 2 Rent deals, Lease Option Agreements and No Money Down deals. It focuses on the main, recurring questions that get asked on the 5,000+ member Facebook Group ‘Property Investors with Samuel Leeds’ from people who […]